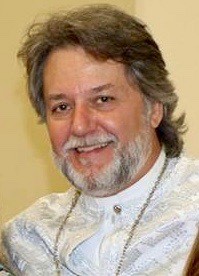 With thirty years of ministry experience serving and growing churches throughout fifty-four countries, Maximus Regis Urbanowicz has extensive experience with the apostolic work of evangelization and Christian missions. From the jungles of the Congo in Africa, to the icy steps of Siberia in Russia, and from communist Cuba in the Caribbean, to civil war torn Sri Lanka in Asia. Maximus has traveled, lived and served God in some of the most dangerous and far reaching areas of the world. The Lord Jesus Christ has enabled him to endure hardship from sickness, stoning, arrest, car wrecks, robbers and riots in Africa, Central Asia, India and Russia, so that others may come to know and serve the Lord Jesus Christ. Through it all, he has demonstrated a depth of character, clarity of vision and a love for humanity that is unique and inspiring. The motto written in the back of his Bible reads, “God’s love for me is greater than my fears, that is why I go in the face of any persecution, danger and death.”

A husband to his wife, a father of four children, an evangelist, a pastor and priest, Fr. Maximus’ source of inspiration and empowerment came through what he calls a St. Symeon the New Theologian experience with the Holy Spirit during a Bible study while playing on the 1982 National Championship football team at Pennsylvania State University. Since then, with the Holy Spirit as the empowering and motivating force in his life, and by living out his faith daily for thirty–three years, Fr. Maximus has proven God’s calling and commission which are his qualifications for the ministry as a pastor, priest, evangelist and spiritual father.

Fr. Maximus holds a Master of Divinity Degree from Saint Tikhon’s Orthodox Theological Seminary (South Canaan, PA) and has a second Master of Divinity degree from Regent University’s School of Divinity with a specialty in Missions and Cross-cultural Evangelism (Virginia Beach, VA). The latter awarded him with a Wright Scholarship for preaching, and listed him in the Who’s Who of Colleges and Universities. He recently completed the Vatican sponsored course in Rome on Exorcism and Prayers of Liberation, and has taught on the subject from his missionary experience in International School of Evangelism. He has written articles on evangelization and various subjects relating to it. He has published mission reports for various publications. He has appeared on Christian television and radio shows and his work has been reported on by various electronic and printed medias. He has been a lecturer in various Orthodox Church events, conferences and in Orthodox seminaries and theological institutes throughout the world.

He has extensive leadership experience, acting from 1986–1990 as Head Counselor at Teen Challenge, where he oversaw scheduling, human resources, counseling, and general rehabilitation of teenage boys suffering from chemical dependency. Then from 1986–2000 as part of Christ for all Nations / Reinhard Bonnke Ministry, (where formerly known as Evangleist Brent Regis) he was responsible for the planning, organizing, training, preaching, teaching, publishing, fundraising, management and general leadership in a multimillion dollar evangelistic organization with a staff of some 100 people in offices worldwide. As part of this organization, he also fulfilled the role as the US Director, and Executive Director of “From Minus to Plus”, an evangelistic booklet distribution project to every home in the U.S. and Canada. Lastly, inspired by Matthew 24:14, Fr. Maximus is the founder and president of GOSPEL TO ALL NATIONS, an evangelistic ministry focused on changing lives, growing churches and fulfilling the Great Commission of Jesus Christ.

After years of para-church ministry, Brent Regis Urbanowicz was led by the Holy Spirit to enter into the Orthodox Church of America at St. Nicholas Cathedral in Washington DC (2003–2014, received & ordained as Maximus after St. Maximus the Confessor). There he served under various Bishops (Metropolitans Herman, Jonah and Tikhon) as the missionary priest fulfilling his priestly and pastoral ministry both in the church to the faithful and through the church to non-Christians worldwide in evangelism. With the blessing of his bishop, Fr. Maximus ministered through an organization he founded called Gospel To All Nations, an evangelistic ministry providing parishes a valuable resource for reaching out to their communities as a witness for evangelism and to non–Orthodox churches as a witness to the Orthodox faith and traditions.  Working by invitation of local church leaders, GTAN organizes and finances Good News preaching campaigns in connection with church conferences. They are intended to call non–Christians to repentance and incorporation into the church, while instructing the faithful how to rediscover and live out their Christian faith and witness. As a result, parishes have sometimes doubled in size, from 300 to 600 members as in Cherepovets, Russia, new parishes planted and grown in places like Talis, Kyrgyzstan and multitudes of people hearing the Good News for the first time, most in non-Christian countries like Pakistan.

In 2014, Fr. Maximus and his family relocated from the Winchester, Virginia area of Northern Virginia and St. Nicholas Cathedral to South Florida. At that time, the Lord would lead him to take on a local church as its pastor after twenty-five years of traveling as an evangelist. Most recently, Fr. Maximus has completed seven years as pastor of a growing and revived parish in Port St. Lucie, Florida called St. James the Apostle Orthodox Church, a church under the omophorion of His Eminence, Archbishop Alexander of the OCA Diocese of the South. The church has doubled in size and most recently planted a new mission parish in Vero Beach, Florida, until the Covid crisis arose. Fr. Maximus has come to both experience and appreciate the toughest position in Christian ministry – working in the trenches as a shepherd, pastoring God’s people. Though it all, he continues in the admonition of the Great Apostle Paul, “But you, be sober in all things, endure hardship, do the work of an evangelist, fulfill your ministry.” (2 Tim.4:5) Together with his four children and his wife Susanne (daughter of Reinhard Bonnke) they reside in Jupiter, Florida, serving the Lord with this goal in mind, “Hell empty and Heaven full!” (Reinhard Bonnke)